I don't know about you, but I'm totally sick of this winter crap. We've just been totally inundated with snow and cold here in the North East. According to the GoldenSnowball.com Rochester has accumulated 81.7 inches of snow as of 2/19/2015.


For a while there it was snowy and crazy cold AND completely overcast all day. I didn't know if we were going to survive. It was like living under ground. Thankfully the sun has been out for the last several days--so at the very least the apartment is warm and sunny. My plants have been so happy! I've been watering them more and they get to sit and bask in the sun all day. They are getting greener and perkier by the day. Their happiness brings me my own happiness.

But I'm eager to grow more plants! I've been fantasizing about buying my own land and building my own environmentally sustainable house and growing my own herbs and making my own herbal products to sell. Also I'll own chickens. Just for eggs, though. I can't kill them.

Anyway, in lieu of living that fantasy, I've decided to start my spring plantings early. I live in zone 6a and that is probably my least favorite thing about living in New York. It typically isn't until mid-June that I can safely plant outside. You never know when a lingering frost will hit! Such a late spring means that the growing season is about 3.5-4 months. Unacceptable.

If I'm growing anything from seed, I usually start in late April or early May so I have healthy seedlings by mid-June. Even so, I feel like my seedlings never actually get a good footing. Year after year they barely have enough time to get going. So this year I've started my first batch of seeds in late February. Hopefully I'll have big bushy plants to move to my balcony this year! 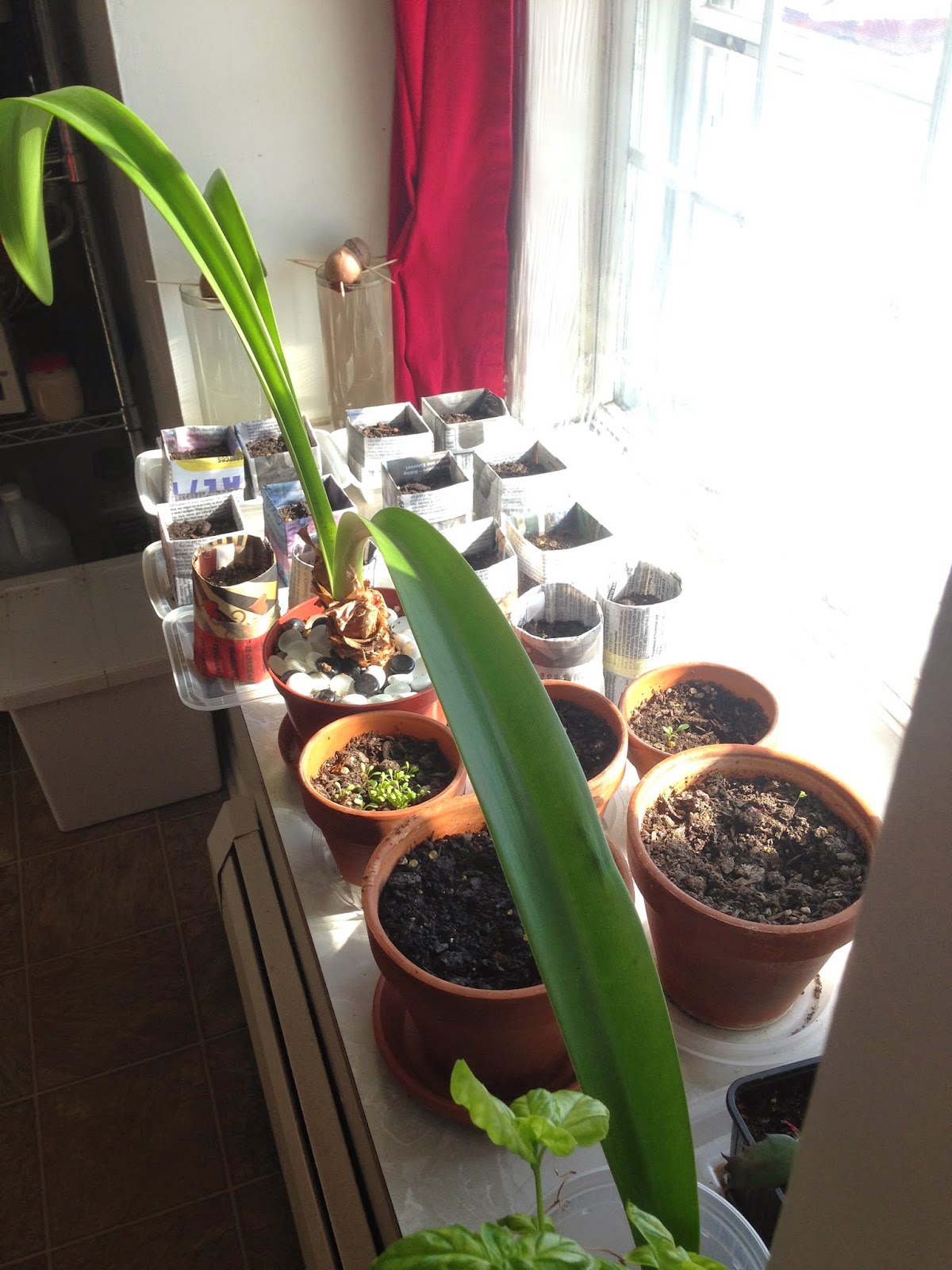 I planted seeds with the longest germination periods of the ones I have. Dill, stevia, tarragon, sage, and chamomile can all take up to 21 days to sprout. I have two varieties of marigolds that I'll plant later on, and I'm going to buy some more seeds online soon: Cayenne peppers, California poppies, yarrow, and maybe white sage. Woo!

One thing I always struggle with when it comes to seeds is how I should plant them. Honestly, I very frequently get conned into buying those big plastic trays with the compressed dirt packets. You add warm water and the packets inflate, and you plant the seeds in them. I've never had great luck with them, but sometimes I'm a sucker for marketing. 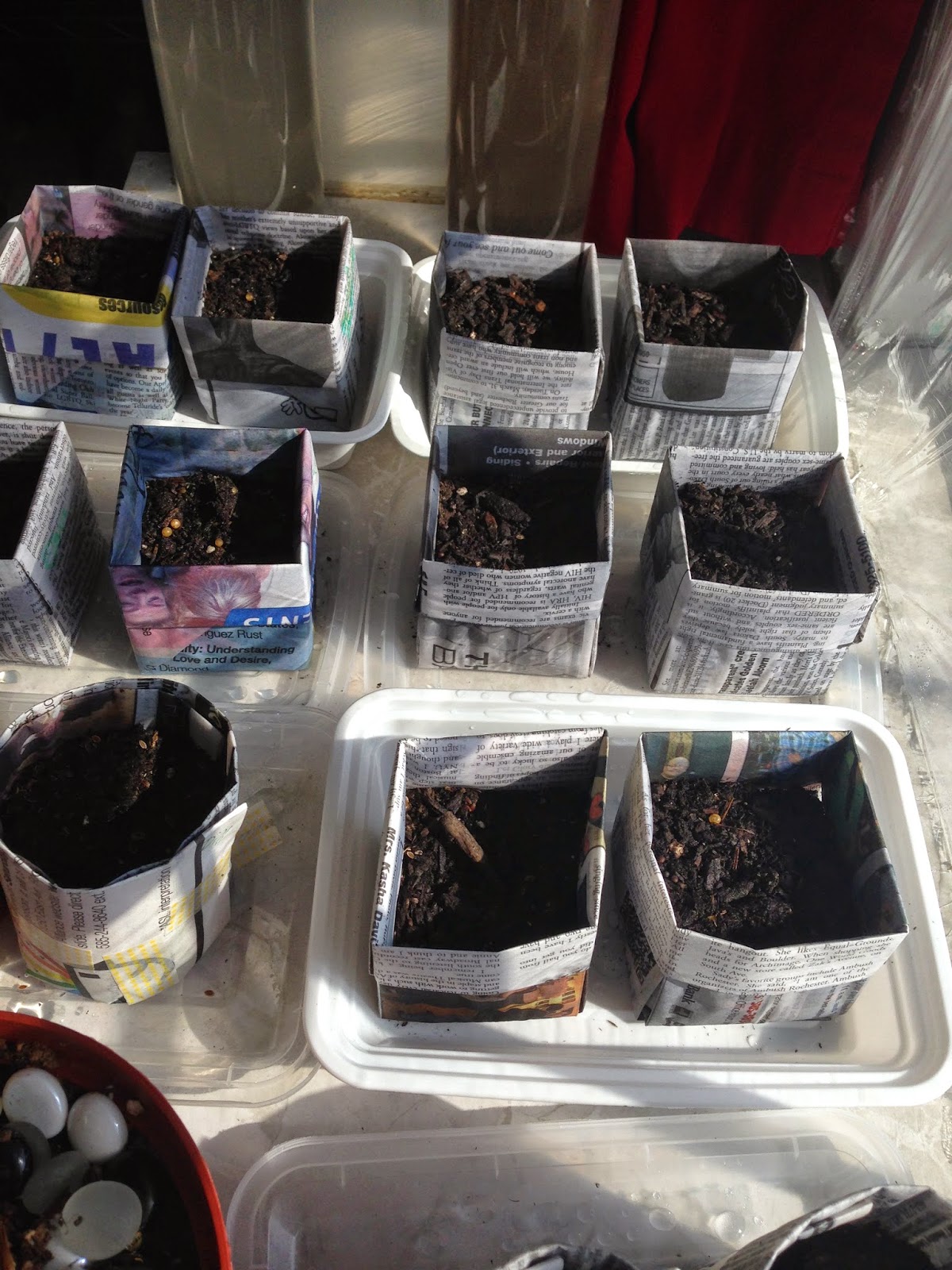 This year, however, I decided to stop that stupid habit right just now. I made my own little seed pots out of a newspaper I had lying around. I made little square ones, and taller cylindrical ones. When your plants are ready to be planted outside or in a bigger pot, you can plant the whole newspaper pot directly into the new location! The newspaper will decompose and will be a nice little snack for your new plants.

I used both varieties of pots in these videos, but my favorite is, without a doubt, the second one. The square-shaped pot is very sturdy and uses half as much paper as the cylindrical one. Also, the cylindrical one was not very sturdy, and I ended up using some masking tape to keep them together.

Not only is this a great way to recycle and save money, but it looks so cool! I am in love with these little guys. 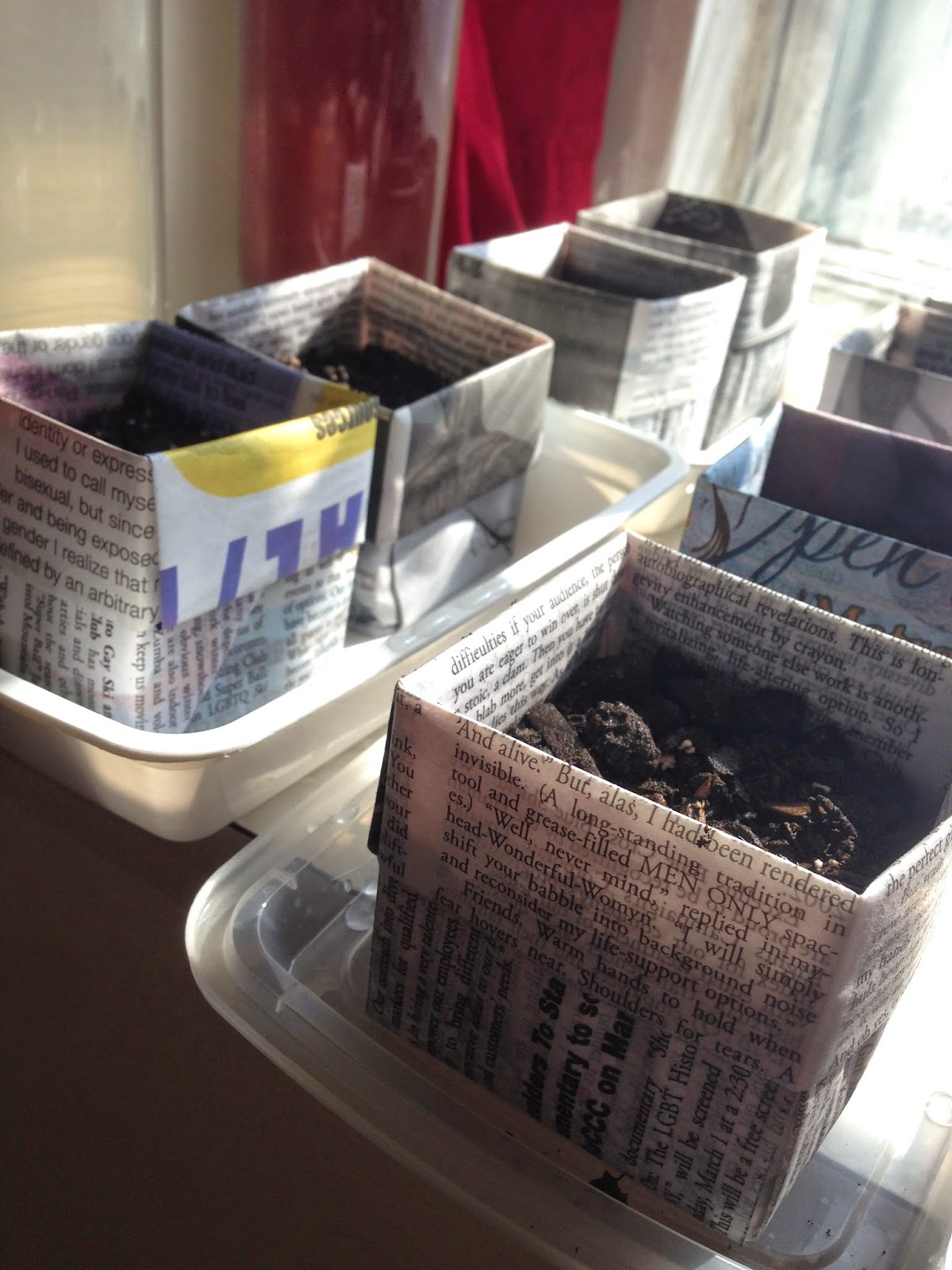 If you decide to make these pots, just remember to place them in a little tray--they won't hold water at all. I assume as these are used more they will become more and more delicate, so I'd suggest using the tray to move the pots around instead of lifting them up individually.

So who's with me? If winter isn't going to give up let's all force some spring to happen in our homes. Maybe winter will get the hint :-P 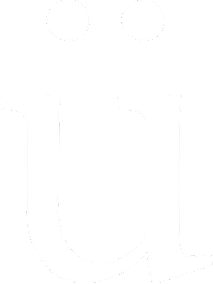