Young Living is a Scam

Several years ago I wrote a blog post on my old website about why I quit Young Living. I focused on the over-the-top and unsafe claims the company and "independent distributors" made. That post was one of my most popular blog posts ever and saw more traffic than any other part of my website.

I believe that post was so popular because many people have the same experience: they join something like Young Living and quickly become disillusioned when they can't convince anyone around them to buy their product. They then go searching online to figure out what is wrong with them and, instead, discover that there are thousands and thousands of people in the same position as they are.

While the original post was lost, I think it's important to keep this kind of discussion open, which is why I'm writing a new post with a new perspective. If the stats on my old site were any indication, there is a need to be sure. 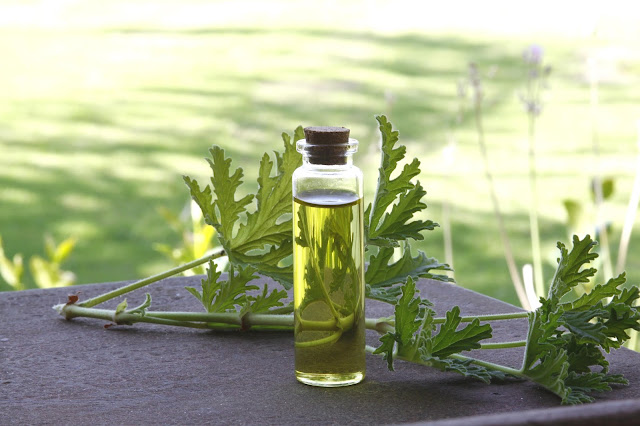 Young Living is a company that's commonly known as a multi-level marketing (MLM) company. In short, MLMs have a pyramid-shaped sales structure. A person sells a product for the MLM and also recruits more people to sell the product. Commission is earned from one's personal sales as well as from the sales of the people one has recruited. While many people have used this term interchangeably with "pyramid scheme," they are actually slightly different. An MLM has an actual product that it sells while a pyramid scheme may not have a product, instead using the idea or concept of a product to hide the scheme part pf the business.

MLMs are perfectly legal in the United States so long as they are legitimately selling a real product. Young Living, along with many others (Avon, Mary Kay, doTERRA, Herbalife, LuLaRoe, and many more) fit this model. While Young Living has come under scrutiny from the FDA over claims they've made (source), as well as being sued by the Justice Department for violating the Endangered Species Act and the Lacey Act (source), I think it's important that we step back and look at the bigger picture here: Young Living is, at the end of the day, an MLM and that is the real problem here.

I should say that I was a Young Living member for a year or so. I was recruited by a friend who I trusted and I sold oils to friends and family. I even recruited a friend under me. While I'm glad that I had the experience of being in an MLM, I'd deeply ashamed that it took me so long to understand what I was doing. Before Young Living, I sold Passion Parties (now Pure Romance) and I really treated it like my own small business. I was that guy who sent sleazy sales messages to friends on Facebook, many of whom I hadn't spoken to in years. Most people never responded back to me (good for them, honestly), but I ended up hosting parties for a few folks. It was awful. I felt exactly like a vacuum cleaner salesman, and, that's exactly what I was.

Here's where we come to the biggest problem of MLMs by far: the fallacy that by joining the company you'll be starting your own small business. As someone who actually does have a small business now, I see that nothing can be farther from the truth. MLM sales people are encouraged to buy and sell huge amounts of product for very small commissions. You'd need to be working extremely hard to even come close to minimum wage earnings. While it's true that some members of all MLMs make tons of money, the vast majority of people recruited will lose money. Promoting the idea that you can make as much money as you want by selling essential oils (or whatever other product) is simply wrong. This brilliant article posted in The New Yorker in 2017 explains this better:

Multilevel-marketing companies are structured in such a way that a large base of distributors generally spend more than they make, while a small number on top reap most of the benefits. It is often expensive to invest in an initial stock of products, as well as to make required minimum monthly purchases—around a hundred dollars for Young Living members who want to receive a commission check. According to a public income statement, more than ninety-four per cent of Young Living’s two million active members made less than a dollar in 2016, while less than one-tenth of one per cent—that is, about a thousand Royal Crown Diamonds—earned more than a million dollars. Everyone in the industry studiously avoids any comparison to pyramid schemes, which are illegal, but the structural similarities are hard to ignore. “You have the two legs of your pyramid,” a doTerra employee told me, as she explained the company’s compensation structure. “I mean, not a pyramid, but, you know, it has a triangular shape.” (emphasis added)

Young Living isn't alone in these practices. The MLM model is the same everywhere you go. We all know someone who sold doTERRA or Mary Kay or Avon for a year or so and then quit because it got too expensive and they weren't selling anything. That's how it's supposed to work. The company gets you to spend a bunch of money on a starter kit, and who doesn't love getting packages in the mail? You open your kit and get really excited not only about all the new stuff but about the prospect of making easy money from doing something you love. You sign into the "distributor portal" online and look at your sales reports and check out the educational resources and it all feels real. By the time you realize that it's all smoke and mirrors you've already spent a ton of cash and the company has more than replaced you before you've even left. They don't need longevity to make money; they need lots of little impulse purchases.

In every MLM we find a common thread: they promise a lifestyle full of cash and free time because you'll be starting your own business and you'll be your own boss. Here's the thing, though: they use the term "starting your own business" because you aren't an employee of the company. You're an "independent consultant" or some other similar title. You don't qualify for compensation, health insurance, 401k, or anything else we have come to expect in the current job market. Starting a Young Living business means that you're paying Young Living money for the privilege of advertising for them. That doesn't sound like a very good small business model to me.

If you're a Young Living (or doTERRA or whatever) member, you might be thinking, "yeah, ok, but their oils are really good! The product is worth the weird business model!"

Second, Young Living oils are fine. So are doTERRA's. They're fine. I don't have a problem with them at all (except for Young Living's cedar oil which smells like cat pee and not even a little like cedar. I've smelled multiple bottles and asked YL distributors about it who always seemed shocked to hear I don't like it). The problem with the products at these companies is the way in which they sell it. They frequently lie about the uses for their products (example: "FDA warns three companies against marketing their products as Ebola treatments or cures") or they completely make up facts to make their product seem exclusive. My favorite example of this is the term "therapeutic grade" when talking about essential oils. Not only is that term completely meaningless (source 1, source 2), but Young Living and doTERRA each use their own trademarked version of the label.

Young Living has a great transparent blog post about what Young Living Therapeutic Grade(TM) actually means. The post, written by a member of the marketing team, defines the YLTG label as follows:

When describing therapeutic-grade essential oils to someone else, it’s important to relay that every essential oil Young Living distills or sources has the highest naturally-occurring blend of constituents to maximize the desired effect. This is our Young Living Therapeutic Grade™ (YLTG) promise.

This sounds good, but what does it really mean? The answer is, not surprisingly, not much. Any oil that Young Living sells gets the YLTG stamp of approval, and that stamp means that it's good enough to sell at Young Living. Other, worse oils end up being sold at other essential oil companies, they say. This is a prime example of MLMs making something up completely (therapeutic grade) and claiming that they are the only ones who sell something that meets a given criteria. Oils sold by other companies are worse then ours, because if they were better we'd be selling them, obviously.


I know that much of this might come across as bashing a company or an industry, or, hell, bashing someone's living. But I'd like to leave you with a couple thoughts:

If you're in an MLM, leave. If you know someone in an MLM, don't buy their stuff. If you run wellness or small business fairs or bazaars or what have you, don't allow MLMs to rent space there. REGARDLESS of the actual products being sold, the business model is predatory and harmful and should not be promoted.
My aunt once asked to buy a bottle of lavender from me when I was selling Young Living. I looked up the price for her and it was so outrageous I refused to sell it. There is truly no reason why a 15 ml  bottle of lavender oil should ever cost $31.91 (which is the listed price at the time of writing). It was then that I realized that Young Living is a scam. You can get good quality lavender oil for more like $8 for that size bottle. The price gets a lot lower when you take the commission chain out of the picture.
In the future I'll dive into the science of aromatherapy; that's a side to this story that I didn't even touch. That we don't even need to discuss the actual use of the products Young Living is selling to see that they are a scam is telling to say the least. However, it's an important discussion to be had. Essential oils are seen as a "natural" product and, therefore, are better than every "chemical" product out there. That's a level of pseudoscience that's frankly beyond me (right up there with anti-vaccine propaganda). So, for today, let's all agree that MLMs are dishonest and predatory organizations that need to be stopped.
If it feels too good to be true, it probably is.
[note: All sources have been linked. If there is not a linked source it's fair to assume that you're reading an opinion and not a verified fact]
Labels: aromatherapy essential oils Young Living