As a gay person, I've spent a lot of my life introspecting. A normal part of my existence has been being told, in one way or another, that something about myself is wrong. I've been told that being gay is wrong, that marrying another man is a sin. I've been worried for my safety because of who I love and am attracted to. I've consumed media that describes me as having an agenda that intends to destroy the moral compass of my country. I've been told that my very existence is immoral. 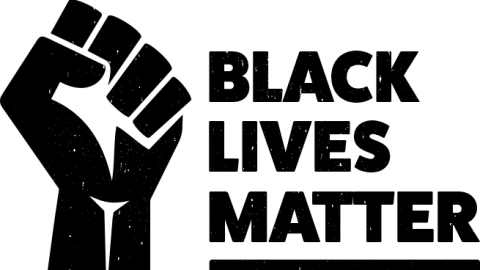 Living a live full of this type of adversity has caused me to look deep within myself to figure out if these accusations are true. It's a constant exercise: I'm always always always dissecting my thoughts and feelings to figure out why I do what I do, and why I am who I am.
My therapist even says that I'm incredibly self aware.
I tell you this because one of the most confusing reactions I've seen when a white person is confronted with their own racism or bias is shock and horror. If they admit to having a racial bias that means that they are wrong, that they are bad. For the most part white cis hetero people are not used to being wrong. In America, our entire society is built to confirm their sense of self. They typically experience very little existential adversity.
Queer folk, like myself, typically experience quite a bit of existential adversity and, therefore, have no issue being wrong. We've been seen as wrong our whole life anyway, so why not address it?
Over time I've been able to observe the world around me and observe my own internal workings and make decisions about what I should and should not change. For example, I've been made to feel that being gay is wrong. After living as a gay person my whole life and coming to the conclusion that it's something I can't change about myself, I can only believe that the problem lies with those who tell me I'm wrong. How can I be wrong for existing? That doesn't make sense.
On the other hand, I have dissected my own internal bias and racism and discovered that those thought patterns are essentially the same as the patterns that cause homophobia against me. My brain is using its wealth of information it has collected over the years to give me information about people around me. That information is often based on stereotypes and racist lies. Since I believe that these thoughts do not serve the highest and best good for anyone, I must change them. And the only way I can change them is by acknowledging them.
At this point in my life, I have no problem admitting that I have racial bias. I believe that most, if not all, humans experience this type of thinking. Certainly, we have learned from a very young age how to categorize things based on their appearance, we've learned how to make judgement calls based on differences between objects and people, and we have learned how to discriminate. All of those skills are useful, but they can get out of hand if we aren't aware of them.
When I have a racist thought I almost always have the cognizance to stop myself and ask where that thought is coming from. How did this thought get into my head? What brought it forth in this moment? How would I handle this differently if the person in question had been white?
I don't know if it's possible to completely rid ourselves of biased or racist thought. Really, I don't. It sometimes feels so ingrained in my brain that it feels impossible to purge. However, the only way I know to lessen its presence is to make a conscious choice to not act on it. For example, in my current job I interview potential employees. While I look over their application, I make a conscious effort to not look at their home address. Doing so could spur racist thoughts about that applicant. If they live in what I would consider a bad part of the city, what sort of stereotypes would jump to mind? That they are violent? Do drugs? Might steal from us?
All of that thought is only going to make the likelihood of me hiring that person lower. In my mind, I've already made them a bad person, and, unbeknownst to them, they need to work that much harder to convince me that they deserve a chance.
Being aware of this thought process allows me to avoid doing it, and that's what it's all about. If you refuse to introspect and to understand your own mind, then you are a bad person. If you look deep within yourself and identify the problematic parts and do what you can to avoid or correct them, you're doing the right thing.
If someone calls you a racist or implied that you have a bias, try your best to not get mad. Instead, spend some time with yourself and discover why one might have associated you with that word. Maybe that person has seen a part of you that has been invisible to you. Maybe this is an opportunity to grow and change and learn. Maybe it's a chance to connect more deeply with yourself.
Labels: spirituality truth