reiki I: Healing your self (part 1)

Reiki is typically taught in three "levels." They are most frequently laid out as follows:

Reiki I: You receive your initial reiki attunements, meaning that you will forever be able to channel reiki energy after this attunement. You'll also learn the history of reiki, the hand positions used in traditional reiki healing sessions, and may even practice doing healing sessions on other students.

Reiki II: You receive an additional attunement and learn the reiki symbols (or, most of them, anyway). This level is all about opening your eyes to the possibilities of this energy. You'll learn to send energy to those not present with you, to use the energy to transcend time and space, and, mostly, you'll learn to memorize reiki symbols. It's at this point that you learn that the reiki symbols are super secret and you can never show them to anyone.

In my experience, these reiki classes and courses have focused almost exclusively on getting your attunements so you can start your own reiki business, which is why I have likened this process to a pyramid scheme in the past. You pay typically large amounts of money for the ability to charge other people large amounts of money. In these posts I hope to change the focus a bit. 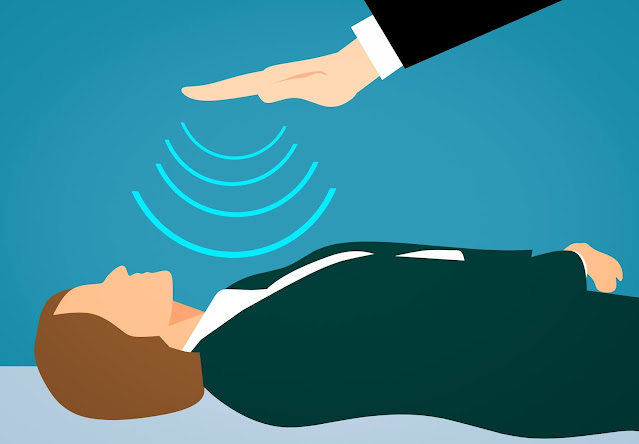 Reiki is a system of ritual and ceremony that is used to manipulate energy. When I say energy here I mean life, chi, qi, spirit... the thing that makes us alive. That energy is all around us all the time, and there are plenty of systems that manipulate it in different ways. For example, Feng Shui is a system that focuses on object placement to manipulate the way in which energy flows through our homes and lands. If the energy flows too fast or two slow, it may have negative effects on our bodies and lives. Making adjustments to stimulate or calm the flow can improve things.

Anyone can do feng shui (if you're interested in trying out the practice, check out my favorite book on the subject: Feng Shui: Harmony by Design by Nancy SantoPietro is an accessible and easy-to-follow guide and I love it). What differentiates reiki from other practices is the attunement itself. In most other practices you will gradually learn to feel and manipulate energy over time. The attunement, though, is a process which instantly and permanently allows you become a channel for that energy.

During an attunement your crown chakra (located on the, um, crown of your head) is attuned to the energy flowing all around us. The chakras in the palms of your hands are attuned as well, meaning that you only need to think about channeling energy (and sometimes you don't even need to do that) for energy to flow into your crown, move down into your heart, and then move down your arms and exit through your palms. In effect, you then have access to energy manipulation. While you still need to learn about it and what it can do, you have access immediately.

In fact, in other energy manipulation circles, you'll often see people saying that the easiest way to get into their practice is by receiving a reiki attunement.

The energy is not unique to reiki. Reiki is only one specific practice, one method of accessing that energy. The energy is free to everyone and exists all around us, which is why I have some issues with exorbitant prices being put on attunements.

Ok, so you can access the energy. Now what?

Most frequently reiki is used for healing. Healing, here, is used in the most holistic way possible. The reiki practitioner channels energy through their body into another person, animal, or object. That's it. That's their entire role. What the energy does from that point is out of the hands of the practitioner.

This energy is life. It wants to grow, to heal, to expand, to live. By moving more of this energy into a given being, we are intending to bring that being back into balance. For example, if I have a headache there is pain in my head. This pain has been caused by something (dehydration, stress, medication, etc) that has caused an imbalance within me. Channeling energy into my head may help right the balance by alleviating the cause of the pain, or maybe the pain itself.

Imagine a small stream has collected a bunch of branches and leaves which have begun to pile up and cause the stream to pool in a certain area, rendering the rest of the stream a tiny trickle. This imbalance is upsetting the entire ecosystem in that stream. By adding more water (increasing the flow), we may be able to shake lose the junk and cause the stream to flow normally again.

Though, this is where it gets a little complicated. We can only channel the energy. We can't tell it what to do (people can do this, but it's outside the scope of reiki I, and, depending on who you ask, maybe beyond the scope of reiki entirely. We can increase the flow of water in the stream, but perhaps the water will not push through the dam. Perhaps it will carve a new path around the dam. The energy "knows" what's best for the whole (the whole of Life) and will act accordingly. Perhaps the increase in water will bring more sticks and rocks and will only enlarge the dam, causing the stream to back up even more, eventually creating a pond or lake.

Does this mean that reiki can heal, but also hurt? Yes and no. Energy is always working toward a place of balance. By channeling that energy, we are working to hasten that process. Imbalance can be painful, and moving more quickly to balance, even if you don't like the outcome, can be beneficial.

Though, this is one point where I tend to differ with many reiki teachers. I don't think the best use for reiki is that of healing physical ailments, but instead, for developing spiritually, for emotional and mental healing, and for the healing of our planet and society as a whole.

We'll get into more of that in a bit, but for now, just know that reiki is the practice of manipulating/channeling universal life energy through the ceremony/ritual of attunement.

What's the history of reiki?

Traditionally, a big chunk of Reiki I classes focus on the history of reiki. I believe this is mostly a way to convince students that reiki is real because it's very old or whatever. I am not going to recount the whole of what I have learned here because, frankly, I don't think it's important.

Essentially, a man named Mikao Usui meditated on a mountain in Japan in the early 1900s and the system of reiki was revealed to him. He began teaching this practice and eventually it moved to the West and around the world.

MUCH of the origin stories of reiki are fraught with inaccuracies, conflicting information, and unverifiable claims. Research the founding of reiki on your own, but take them with a grain of salt. The world is a lot different that it was in the early 1900s and we practice a system that has evolved a lot since then.

Here are a couple links to read more about this:

Many teachers use the "history" of reiki to justify the high prices that they pay for their services. It was said that Usui healed a whole village once (for free) just to find that they had gone back to their old ways and again needed to be healed. He believed that this happened because they were healed for free. They didn't have to give anything up to be healed. I think that idea is problematic for a lot of reasons, not the least of which is forcing an ethical standard on everyone, even those who don't want it. Always remember that history is controlled by the present. I imagine that the folks curating the history of reiki had something to gain by enshrining their business practices in the official history.
How do I heal?

In reiki I you are traditionally taught the typical hand positions used in a healing session. Generally you want to have a person laying on a massage table on their back, and you'll start at the head and move to their feet. Then they turn over, and you again start at their head and move down to their feet, stopping along the way to spend some time on each spot.

Each point along the way requires the practitioner to channel reiki into that spot. However, there are a couple issues here.

Like I said before, I don't believe we should be attempting to heal other people in reiki I at all. Beyond that, we are taught that energy knows where to go and knows how best to heal a given person. If that's true, why are we memorizing a set of hand positions to use in a healing session? My theory is that the hand positions make up a ritual designed to put the person being healed into a receptive and magical state of mind, allowing the possibility of healing by suggestion. While a full reiki session can be powerful, it also takes well over an hour and is not accessible or desired by most people.

While we will go more into the healing session in reiki II, here we need to focus on channeling reiki to ourselves.

Spend some time with this post and checking out the links, and then come back for part 2!